Hey everyone! I hope you're all having a great Friday afternoon or evening!

You might have seen Wickerrman around the Twitch livestream or Discord channel (he is one of the few gracious moderators that we have), but let's get him to share a little more about what got him into gaming and why he's so passionate about these Trials tournaments I keep hearing so much about.

How long have you been gaming?

I have been gaming for as long as I can remember, so that's around 26 years. My first experience with games was from watching my dad and my older brother playing the Sega Mega Drive (known as the Genesis in the US). I especially remember “The Aquatic Games starring James Pond” and “Wiz 'n' Liz”. Soon after that, we traded in the Mega Drive for a Sony PlayStation One with Tomb Raider, and the rest is history!

What types of games do you normally play?

I've always tried to play a wide variety of games, in order to experience all there is to offer, but I've no doubt been drawn to JRPGs like the PS1-era Final Fantasy's and more recently to Action RPG Souls-likes, Dark Souls itself is easily one of my top 5 games of all time, with Bloodborne and Sekiro not far behind.

Though strictly speaking it wasn't Trials itself, back during my school days I used to sneakily play flash games during my IT classes. One of my favorites was a little motorbike parkour game called BMX Backflips, I used to compete with friends to get the highest scores, naturally.

About 10 years later, I saw one of the YouTubers I followed at the time playing Trials Evolution's multiplayer mode, and all the happy memories came flooding back, so naturally, I had to pick up the game once it released on PC!

What is your favorite thing about the game?

It has to be the seemingly simple controls and mechanics, it only has 4 ways to control your rider: accelerate, brake, lean left, and lean right. However, with these 4 controls, the techniques you can pull off to manipulate your rider and get over obstacles of all kinds are mindblowing. With the right control, you can climb near-vertical walls or even complete a whole track just by balancing on your front wheel.

My second favorite thing is the in-game editor, where anyone can make their own tracks or even completely unique game modes, someone even made a first-person shooter...inside a motorbike platformer. 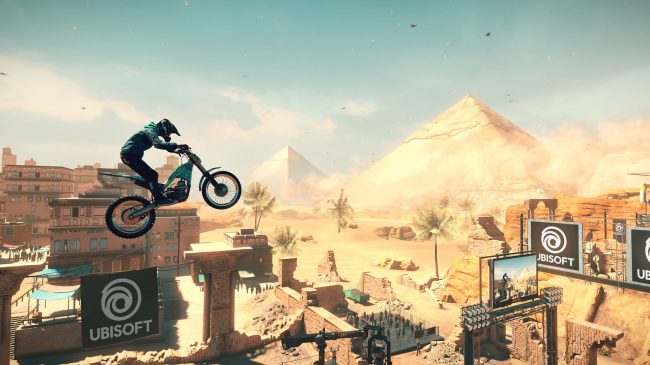 Tell the Alienware community about your tournaments. Why did you start hosting these? When is the next event? How can someone sign up?

The Trials tournaments I hold are inspired by e-sports in general, I have long enjoyed watching events like the League of Legends World Championship and the DotA International. So to me, that is the holy grail of online play.

When I first truly got involved with the Trials community, there already were a few tournaments dotted around every now and then...but all of them were for the elite players, the top 20 or so in the world. I was never going to be able to get into such a group and I knew a lot of players of similar skill level who felt the same.

So I thought, why not make a tournament that players of lower levels can join, and with the help of some friends in the community, we put together 2 separate tournaments to date: the Intermediatourney (IMT) for intermediate players and the Semi-Pro Trials Tourney (SPTT) for, well, you get the idea!

The next of these will be the Winter IMT, sometime in February 2021.

Qualifying is open to everyone below rank 100 on the Trials leaderboards and the top 16 will qualify for the finals tournament.

More information can be found here:

What is one tip that you would give a new player to the game who wants to get better?

The most important tip anyone could ever give is to practice, just keep practicing. When Trials Rising first released I watched someone playing a track called Green Belt (a ninja-level 3, 7 difficulty levels higher than the first track you play in the game) and I said to myself “I will never pass that track, that looks way too hard”.

I couldn't even fathom how the player was getting past the obstacles in front of them. And yet, last Christmas (very cliché I know, but I promise it happened), I did exactly that and beat it and now I'm playing ninja level 4's! So practice, you'll really surprise yourself! 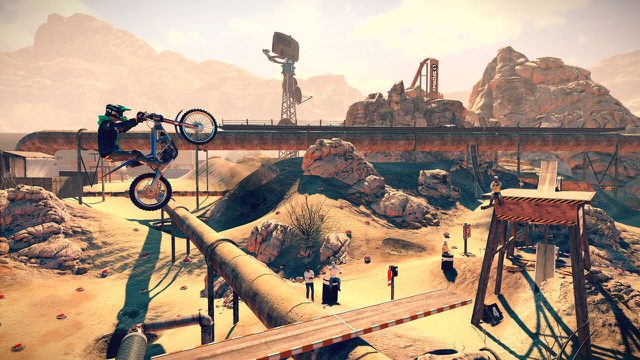 Do you have any favorite moments from Trials?

I could honestly name quite a few moments, the main ones would be the big milestones in the progress as a player. First of all, getting a gold medal on all career tracks to first unlock the originally hidden ninja difficulty tracks. After that, beating the brick wall that was Green Belt and recently beating my first ninja level 4, Eldridge (a player-created track where you can only ride on your back wheel).

Still, probably my favorite memory was hosting my first Trials tournament (Spring Novice Sessions 2020, the original name for the IMT) back in April, with help from Alienware providing a fantastic prize for the winner, seeing nearly 300 people on my stream when I was used to an average of 10 at the time!

It was such a success and it blew my mind. It wasn't only the best of the best, the elite that could pull off a tournament, but little old me and a few friends! It was a very proud moment indeed.

And our final question: Would you rather fight 1 horse-sized duck, or 100 duck-sized horses?

Well...since my Trials avatar is a guy wearing a horse mask, 100 me's running around would be quite horrifying but I wouldn't want to hurt them. So I'd much rather fight a horse-sized duck, I've always thought ducks were a little bit sinister, and their quacks do sound a bit like maniacal laughter. 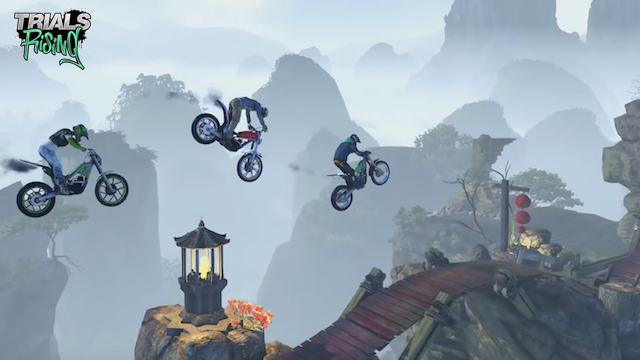 Hey, I'm actually working on getting all the platinum medals for Trials Fusion on PS4 right now; That one was the first ''real'' trials game I bought, but I used to play the original game demo on Miniclip.com for the real oldschool players out there x)

I think the greatest highlight I had was the first time I managed to finish Inferno IV, it felt like a real accomplishment back then haha !

Now I only have a few tracks left to plat including the last extreme tracks in career, a few DLC tracks and a few FMX ones since I'm not a fan of that game mode and having a hard time with the controls a bit lol !

Nice! Some of the plats on Fusion are really tough, especially for the extremes. Inferno IV is a great track tho, much respect for that!

Oh and yeah, FMX was not the best gamemode really, at least they tried something new, but it was pretty janky. If you can manage a 0 fault run with a skill on every jump, you should get Plat.

Great, i hope there will be a time to watch this!